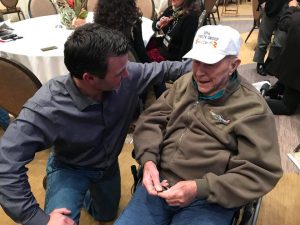 It’s not everyday that you get the opportunity to coin an American Legend. Here’s General Chuck Yeager receiving The FEW’s coin. It was a humbling experience to meet and share stories with a great Exceptional Warrior. 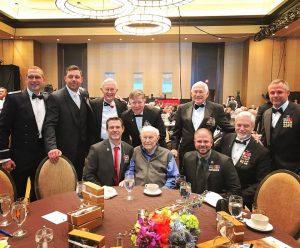 This picture represents over 400 years of military service. From State Senators, Generals, Admirals, Skipper of the USS Kittyhawk, astronauts, and of course General Chuck Yeager. It was an incredible pleasure to share the evening with you warriors.

To learn more about the warriors of SOCOM, View 2013 SOCOM Fact Book Here.