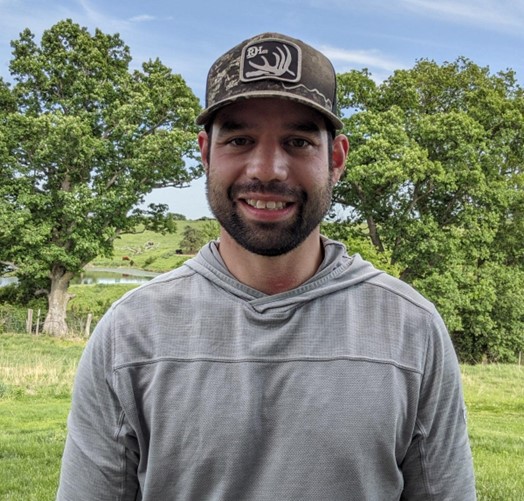 Charlie Cigrand joined the army as an infantryman during the fall of
2006. Upon completion of basic training (OSUT), Charlie was assigned
to 1/32 Infantry of the 10 th Mountain Division and deployed to
Afghanistan during March 2006 to June 2007 as a rifleman. Twelve of
those months were spent in the Korengal Valley which was also known
as the Valley of Death for its constant enemy engagements and rugged
terrain. With the onset of combat casualties, he became a SAW gunner
and later the platoon RTO while learning an array of comms equipment
on the fly. Upon redeployment, Charlie became a 240B gun team leader
followed by squad leader as he helped train soldiers for the next
deployment.

Charlie finished his enlistment in 2009 and moved back home to
eastern Iowa where he completed his degree in environmental science
at the University of Iowa. Charlie then began his career as a hydrologist
for the U.S. Geological Survey (USGS) at the Central Midwest Water
Science Center in Iowa City. At the USGS, Charlie specializes in surface
water modeling which can simulate flood inundation, flood mitigation
scenarios, and flood impacts from future land development or climate
change. Charlie grew up walking creeks and floating rivers and
thoroughly enjoys being a “professional” river rat.