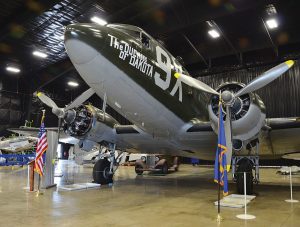 Seventy-five years ago on the morning of June 6, 1944 – D-Day – allied forces landed on the beaches of Normandy, France, beginning the liberation of Western Europe and defeat of Germany during World War II.

On Thursday, June 6, from 5-9 p.m., the Dakota Territory Air Museum in Minot will present “D-Day: 75.” A special invitation is being extended to all military veterans.

The air museum will be open normal hours on June 6 until 5 p.m. and then remain open for the special D-Day commemoration event.

Starting at 6 p.m., narrations will begin from guests including Consul Robert Pengelly at the Consulate General of Canada in Minneapolis and a representative from Minot Air Force Base. Pengelly is the incoming Consul and Program Manager responsible for political/economic relations and public affairs.

To provide cost-free adventures to unite, reward, and inspire those that have served together to heal together.

Special Operations Forces, Ex-Prisoners of War, Purple Heart recipients and those recognized with awards for Valor of every era.
Donate today to honor an Exceptional Warrior tomorrow!
The Foundation for Exceptional Warriors
PO Box 356, Bixby, OK 74008