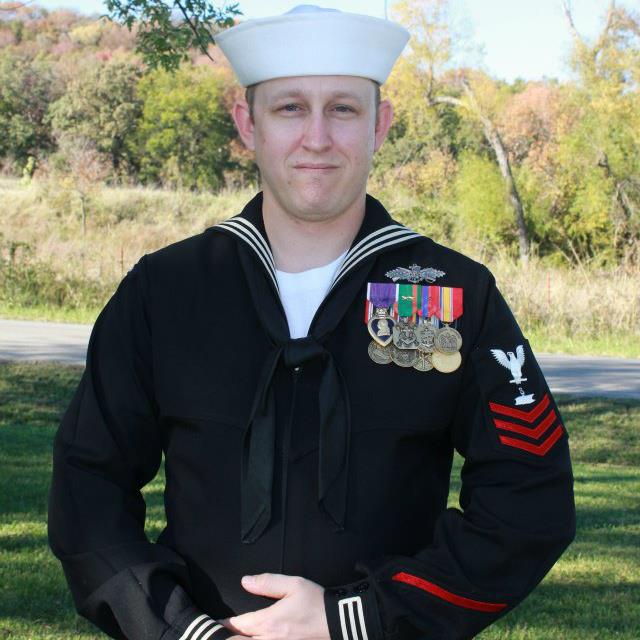 During two wars, Michael Strugill joined the Navy Reserve in 2004. Not long after, he was deployed to one of Iraq’s most dangerous cities Fallujah. Mike’s primary mission was providing security for the slow moving ever-targeted convoys. Insurgents had became experts in creating and deploying Improvised Explosive Devices (IED) and were ambushing convoys nonstop. On one such incident, Mike was wounded. Although he finished the deployment, he had various health issues and left the Navy in 2012.

Mike joined the Military Order of the Purple Heart after leaving the service. At an event he met The FEW co-founder Ronny Sweger and was invited on an event. Mike was coping with varying medical issues after returning from Iraq and was reluctant to attend. He was quiet for the entire event but at the end said that he had had a great time. Mike later said that the event had helped him through many issues simply because he found out that he wasn’t the warrior having problems. He had also started many new relationships. Overall the event had a great impact on Mike and allowed for better focus.

The FEW and the other Exceptional Warriors that it’s event linked him with has had a lasting impact on Mike. He became an Associate of The FEW’s at inception in 2012. Mike said that “I knew from that point on that I had to be involved and bring this experience to my fellow veterans”.

Since joining The FEW Mike has taken on greater positions in order to assist veterans. In 2014 he was elected as Oklahoma’s Senior Vice Commander for the MOPH.