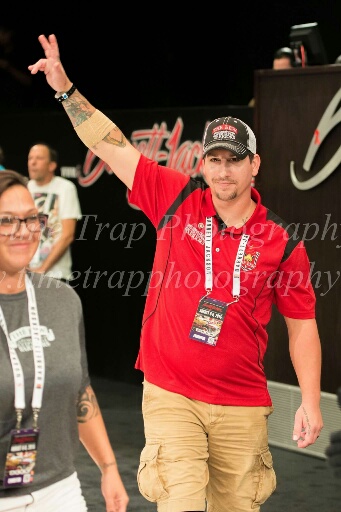 ​David Carpenter was born in 1983 in Springfield, Oregon. He graduated Thurston high school in 2001. He joined his family’s logging company and was a volunteer firefighter until he heeded to the call to join the military. David joined the Army in 2009 as a Combat Engineer and was stationed in Germany with the 173rd STB Airborne Battalion.

While assigned with the 173rd Airborne, David went to ​multiple advanced trainings including ​Airborne school, MRAP school, Counter Terrorism Tactic Exploitation school, Armory school, EMT/PARAMEDIC Certification, Hazmat Driver Instructor, Route Reconnaissance/ Clearance Operator. David went on four field rotations and earned the rank of Corporal during his time with the 173rd. He also distinguished himself from his peers by earning expert marksman on all organic weapons in the entire battalion.  David was one of only​ two soldiers in his company to be trained on the C.R.O.W Weapons System in Afghanistan.

David Carpenter deployed twice to Afghanistan. His first tour was 2009 until 2010. He again deployed in J​une of 2012. During his second deployment he sustained severe injuries from three IED’s on August 21,​ 2012 while on patrol in Wardak Province, Afghanistan. One IED was detonated 5 meters from him while dismounted on a patrol, he and his team fell back to take cover from enemy fire after the IED off. He sent part of his team to the back of the convoy to be examined. He and another of his team mounted up into the lead gun truck and drove directly onto a 200lb IED ​which​ flipped the truck over onto another IED. T​he​ truck was blown 20 meters off the dirt road. When David recovered his senses he was still strapped to his seat. He quickly cut the seat belts loose knowing imminent danger was upon him and his team still stuck in the vehicle. It was then that David realized he couldn’t move his legs or his body . He immediately placed tourniquets on his legs to prevent further blood loss. While keeping in communication with his team still inside the vehicle, ​D​avid relayed information to the other teams about his soldiers’ health status inside the vehicle. During this time, teams were working to extract the wounded while under heavy enemy fire. David protected himself with nothing more then his service pistol which was still attached to his kit. David and his team were transported to a safe location for a medivac ​B​lack ​H​awk to pick them up at the LZ. He was medically evacuated from Afghanistan to Germany and ultimately BAMC hospital at Ft. Sam Houston in San Antonio Texas.

​Fighting to save his “good” leg, ​David Carpenter spent two years doing rehabilitation at BAMC and the CFI. He went through many surgeries and spent months in a wheelchair while in rehab at the CFI at BAMC in Ft. Sam Houston.​ Ultimately ​David lost both of his legs below the knee and has six fractured and compressed vertebrae in his back, a bulging disk that is compressed and the ligaments are torn on both sides which limits his daily activities. He also sustained a TBI from the blasts​ and PTSD for his combat experiences.​

David is married and has three children​,t​wo girls and a boy. His wife Kate and daughters​ Z​oe and ​T​alya and his son Wyatt. He and his wife have been married six wonderful years. His eldest Zoe is 11, ​T​alya is 10 and his son is 8.

David Carpenter was medically retired in 2014 and ​is receiving ongoing treatment for his injuries in Texas. Despite his injuries, David will not be slowed down. He pushes himself and others to overcome their disabilities.  David believes that there is nothing he and others can’t do that they did before their injuries​, n​o matter the injury. David knows you just have to do things a little differently​.

​Today David lives on a ranch in Texas with his wife and children​ where t​hey ride and train horses​. David enjoys helping​ other veterans by teaching them to ride horses and overcome any doubts the veteran may have about their disability. David spends much of his time working on his ranch and ​volunteering​ with other veterans and non profit organizations.