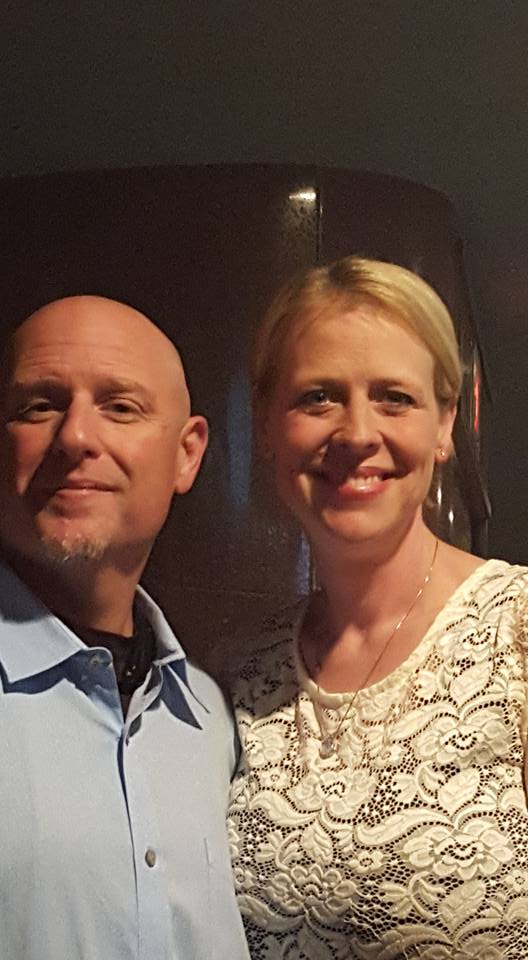 Chris Wolfenbarger was born in Kansas City, Missouri.  He grew up in Independence, MO until his parents moved to Lake Lotawana, a 750 acre lake southeast of Kansas City.  This is where he truly developed his love of the outdoors.  He spent every day he could on and around the water.  He also excelled as a Boy Scout, eventually earning his Eagle Scout.  His scouting experience helped guide his love and respect for the beauty of nature.  Scouting developed his teamwork and leadership skills that he uses to this day.

Chris went to college at Central Missouri State University in 1987.  He was an active member in his fraternity, Sigma Nu.  It was during his fraternity days that he met his best friend and business partner Jason Ormiston.  He graduated in 1991 with a Bachelor of Science in Public Relations with a minor in Marketing.  After college he worked as an Outdoor Sales Representative for several years before being recruited by Jason to become an appraiser.

As a true Patriot, he joined the National Guard in 2006, during two wars. Volumes can be spoken of his passion and determination simply because he volunteered to serve at age 38, when most service members are retiring. Chris joined to serve both worldwide on behalf of our Nation and also to assist relief efforts for stateside disasters.  In order to better aid warriors and others in need, Chris joined the military to be a medic. Due to his outstanding abilities, he was asked to teach a combat lifesaver course to the 1141st Engineer Company before they deployed to war.  His knowledge and his willingness to serve spoke for itself. It was at that time, he was asked to transfer to the unit before their deployment to Eastern Afghanistan.

Chris deployed with 1141st Engineer Company in 2009. He was one of only seven medics. The mission of the Company was route clearance, and it was extremely dangerous. The unit knew that almost every time they left the base, they would encounter an Improvised Explosive Device (IED). Because every IED is meant to maim, destroy or kill, the company would not leave the base to conduct a mission without one of their medics.

As the Company searched and found IEDs, injuries–often several–would happen. Chris often had to treat the injured outside the vehicle which left him exposed to the enemy. There were many times that he had to provide aid while under fire or on uncleared portions of route.  Chris was recognized many times by the Army for his service, but the award that he prizes above all others is the Combat Medic Badge awarded for treating the wounded while engaged with the enemy.

On February 12, 2010 while on a routine mission, the Company convoy approached a civilian vehicle. The Route Clearance Buffalo that he was riding in pulled up next to the vehicle to tell them to move out of the danger zone.  Chris was looking into the eyes of a young man when he detonated the Vehicle Born Improvised Explosive Device or SVBIED. It was on that day that Chris and all the other warriors in the vehicle were wounded. The entire event was captured by the enemy to use as propaganda. The video can be seen at http://www.liveleak.com/view?i=1d9_1269002798.  Nothing is known about the first attack, but his is the second attack and starts at 1:18.  The young man featured in the end of the video is the suicide bomber.

Chris was treated in country and finished his deployment. He was medically retired from service for combat wounds on Oct. 23rd, 2013.  After his deployment he went back to appraising full time.

Longing to get back to the outdoors and hoping to find the peace that it once held for him, Chris took his son and went on a sponsored warrior duck hunt.  This was his first opportunity to duck hunt and he loved it. Fatefully, Chris met Ronny Sweger on that event. They bonded immediately. During his deployment to Afghanistan, Chris had even been at the base that Ronny and his team had secured and built in 2002. A relationship kindled through a simple outdoor adventure, Chris and Ronny have grown to be great friends.

Chris describes his military experience as “a normal American that served.”  This perspective allows him to bridge the gap between the civilian patriots that want to support our military and the service members at large.  His service has given him a first hand look at what the Special Operations community does for our Nation and our world.  He has also seen daring acts of valor in combat.  Chris has also endured, along with his warrior brothers, the repercussions of being wounded. After seeing these Exceptional Warriors at work in areas of the world that had been totally devastated by centuries of conflict, there was no way he could sit idly by when these true heroes needed the support that was extremely lacking.

In order to fill this crack in the dam before it burst, Chris encouraged his friend Ronny to found The Foundation for Exceptional Warriors, or “The FEW”. To better and directly support The FEW, Chris became the first associate of The FEW in 2012.

Due to his dedication and passion for the mission, Chris was asked to be on The FEW’s Board of Directors  in 2014. Chris is both humbled and proud to be involved with The FEW and assist the world finest, America’s Exceptional Warriors.