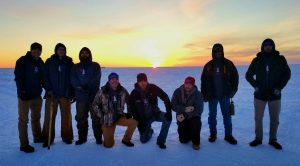 Sunset on the lake. 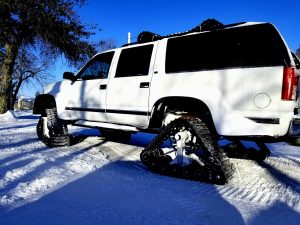 What do you think about driving a suburban across a lake? And a fish finder on the dash? Not to mention we had sub-zero temperatures.

We can’t thank our hosts enough, the Warriors of Chins Up.

If you want to get involved today please do so!!!