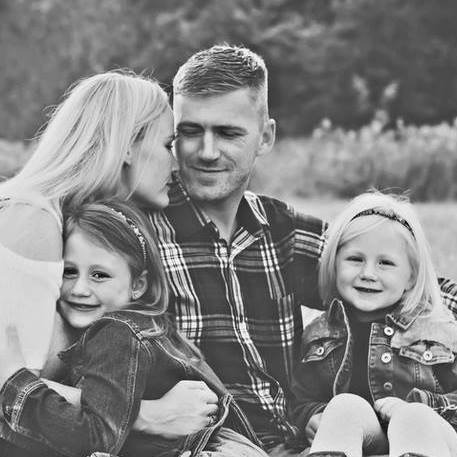 Drew joined the Army in 2005 as an Infantryman with hopes of going through Special Forces Selection and making a career out of the military. He was assigned to the 1 st ID 4IBCT, 2/16 IN under the expeditionary brigade doctrine where he served as an Infantry team leader. In early 2007, his unit deployed to Baghdad, Iraq to operate in four of the most violent neighborhoods in Baghdad, controlled by Al-Qaeda and the Mahdi Army (JAM). Their goal was to focus on pacification through the use of small team tactics and were based out of an outpost deep within the city. On June 25th Drew’s truck was struck by an explosively formed projectile (EFP) while they were in route to resupply on FOB Rustamiyah, killing his gunner and leaving Drew with an injured neck.

Against the advisement of doctors, Drew returned to the city to be with his team and continue nightly operations in their sector. On July 17th , his truck was struck by an IED made up of three 155mm artillery shells, killing his driver and injuring everyone else in the HMMWV. When Drew attempted to crawl out of the truck with a crushed leg, the ensuing fire began cooking off munitions, sending a round through his right thigh. After collapsing in the burning truck, weak from smoke inhalation, a fellow soldier risked his life to pull him from the disabled vehicle where medics began to attend to his injuries.

Drew went through several surgeries in an attempt to salvage his leg so that he could stay in the Army but in the end doctors could not salvage his left leg and amputated in early 2009. This time in Drew’s life was darkened by resentment and guilt; while he took comfort knowing that his unit’s sector of Baghdad became the quietest in the city, he knew that 14 men gave their lives for that brief moment of peace.

He soon did what soldiers do and pushed himself to take stock of all that he had been blessed with and not let his injuries define who he was. Drew completed in Master’s degree with support from his wife as they welcomed two daughters into the family. He is now a consultant in the Software Engineering field.

Drew has always found solace in the outdoors and is an avid hunter, fisherman, kayaker, and backpacker despite his injuries. He was invited to join the FEW in 2015 following a FEW event and credits the FEWs founder, Ronny Sweger for providing the inspiration by selflessly giving in order to better the lives of meritorious soldiers from all wars.